Microflotation is a further development of standard dissolved air flotation

Microflotation is a further development of standard dissolved air flotation (DAF). Micro flotation is a watertreatment technology operating with microbubbles of 10–80 μm in size instead of 80-300 μm like conventional DAF units. 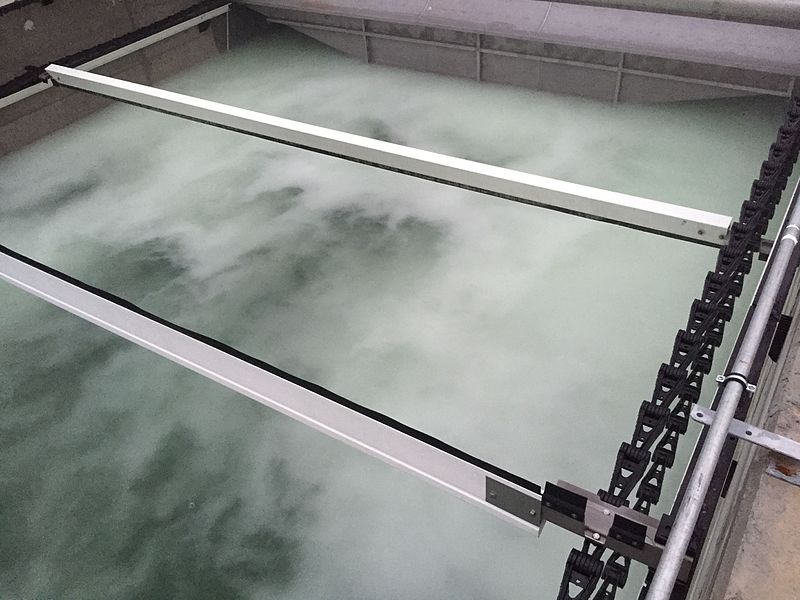 Microflotation enables bubbles in size 40-70 μm with rise rates from 3–10 m/h. The rise rate is slow enough not to destroy the fragile flocks forming an agglomeration of particles with weak mutual bonding and high enough to allow time for separation of the agglomeration. With the attachment of particles to bubbles the size range of "flock-bubble" grows, and the rise velocities grow simultaneously. The separation rate is accelerated leading to residence times of combined chemical precipitation and flotation from 10 to 60 minutes with need of small footprint areas of treatment plants and decreasing the cost structures of treatment processes.